The introduction of chatbots is a new trend among large foreign and Ukrainian companies. PrivatBank, Kyivstar, WOG and Nova Poshta are among the rapidly growing list of organizations that launch bots to communicate with customers and perform other important tasks. Why market giants are adopting bots?

WOG has developed a WOGPRIDE Bot that answers the most common users’ questions on Facebook and Telegram. Bot gives detailed answers, but if more information is needed, the client may contact an operator. 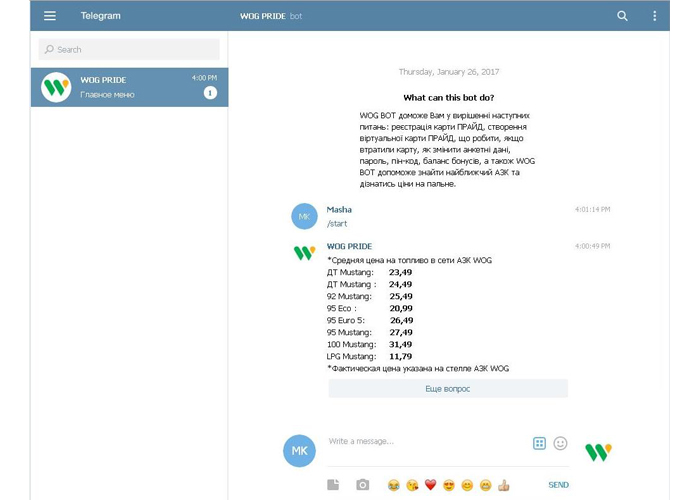 Currently, the product undergoes tests. In the future, the company plans to modify it and make it autonomous. By the way, the development cost of the virtual interlocutor equaled two employee paychecks. The head of the digital patrol stations network Dmitry Demidov said that the improved bot would save a substantial part of the budget.

Nova Poshta went for another solution by introducing a Viber bot as an online channel for self-service. The bot helps users to find the nearest post office, monitor parcel delivery, contact courier, calculate the shipping cost and more. Over time, the chatbot will learn how to handle all popular queries. 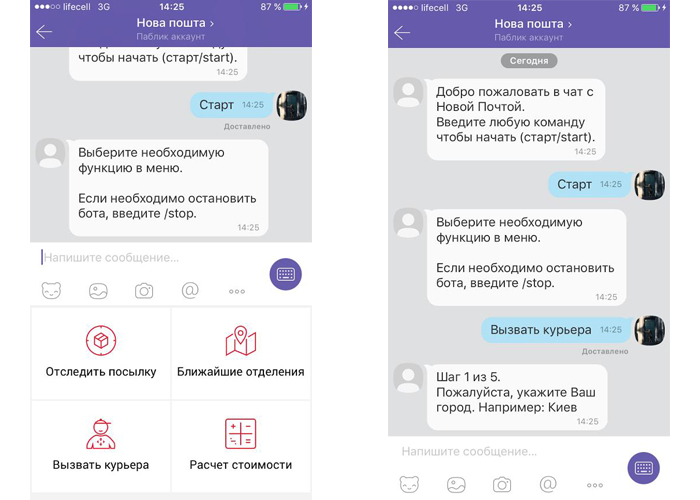 Implementation of the chatbot allowed Nova Poshta to expand channels of communication with customers and reach a new level of service.

Today the most popular bots in Ukraine are virtual interlocutor of PrivatBank and bot Zoriana launched by Kyivstar.

PrivatBank has been exploiting bots for 12 years. It is not surprising that last year the virtual interlocutors processed approximately 60% of the queries in online chat rooms. Customers are switched to operator only in case of a non-standard question. Thus, chatbots replaced a huge number of company employees and allowed to significantly improve the quality of customer service. By using bots, the bank saves millions of hryvnia annually. 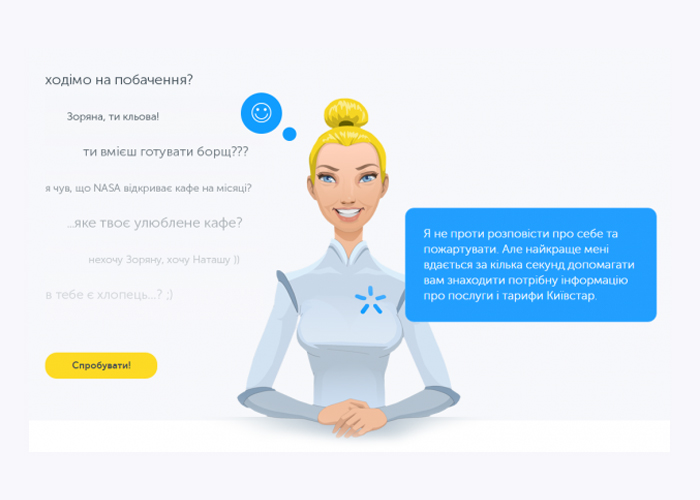 Bot Zoriana by Kievstar has been working for almost a year dealing with customers on the company’s website, Facebook, Telegram and Viber. Zoriana is bilingual and currently handles 10% of queries. Basically, one bot helped to replace 100 operators, which means that the company is saving about 6 million hryvnia annually.

Chatbots can bring profits not only for large companies, but also for small businesses. For example, a virtual companion can be exploited in a small restaurant. He will be able to take orders, describe menu, amuse customers with jokes and funny pictures of food cooking process. With the help of chatbot, customers can order food home by pushing a single button.

A matter of price

The Russian Nanosemantics company that developed Zoriana for Kyivstar, noted that the functional bot for a small firm would cost $500-1000. Such bots as Zoriana are more expensive – the price starts from $11 thousand. However, as mentioned above, such kind of programs allow you to save millions and pay off in a short span of term. Thus, the development of a bot is a good investment, which boosts company development.