Since the end of the summer 2016, “Nova Poshta” has started using Viber to inform customers about the status of mailed parcels. And now, the company has developed and launched a virtual assistant in the messenger.

To find out what actions the virtual assistance can conduct, one should just enter any command. 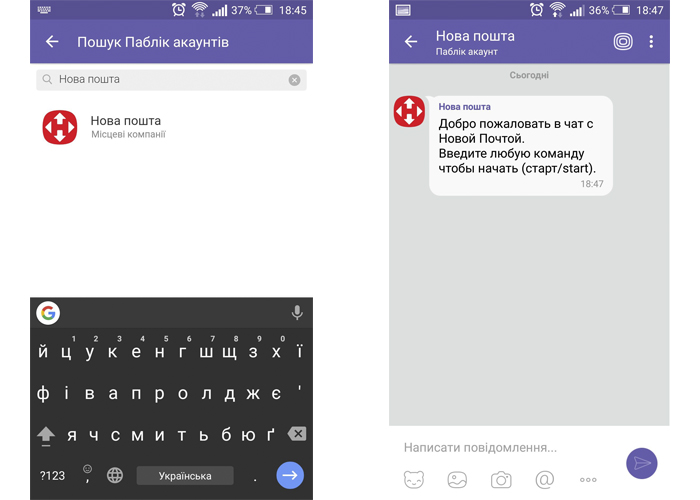 It is quite easy to find “Nova Poshta” bot: it is shown in public contacts.

You can start communicating with the bot like with other users. This software has been developed for the current version of Viber messenger and operates on Android and iOS mobile gadgets.