Anton Biblya, a developer from Kyiv, launched an iGov chatbot in the Telegram. Every three minutes the virtual program checks if there are vacancies in the electronic queue for obtaining a biometric international passport.

The chatbot is able to monitor the formation of queues in all branches of the State Migration Service in eight major cities of Ukraine.

The queueing program for drawing-up a new type of an international passport operates according to a certain algorithm: a certain time is set for a certain person. However, often gaps appear in a queue. The chatbot detects a vacancy and invites the user to make an appointment for the near future. If the proposed time turns out to be inconvenient for a user, the bot continues monitoring. 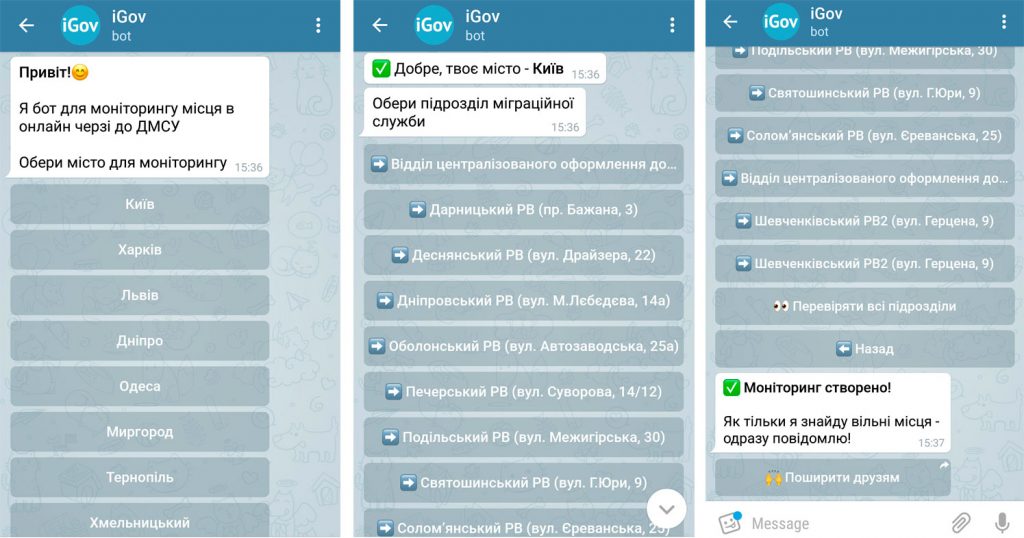 Thus, with the help of the program, impatient users can draw-up a passport without tedious waiting.

In the future, the developer intends to add the queue joining function through the bot. For the time being, users need to register themselves by clicking on the link provided by the bot in the chat.