American startup Woebot has developed a psychotherapist bot, which can really help a person get rid of depression.

The Woebot chatbot analyzes users’ mood according to how they communicate. If a person is depressed, the bot uses cognitive therapy systems, choosing the most calming topics for communication. It also sends inspiring and encouraging content, including interesting video materials.

Prior to the official launch of the bot, it was tested. The developers selected 70 students aged 18-28 years and randomly divided them into two groups. The first group communicated with a virtual psychotherapist, the second one received magazines on psychological health. As a result, after two weeks, students who communicated with the chat-bot, reported that the level of their anxiety and depression has significantly decreased. Unfortunately, the representatives of the control group could not boast of such a progress. The results of the research are available via the link. 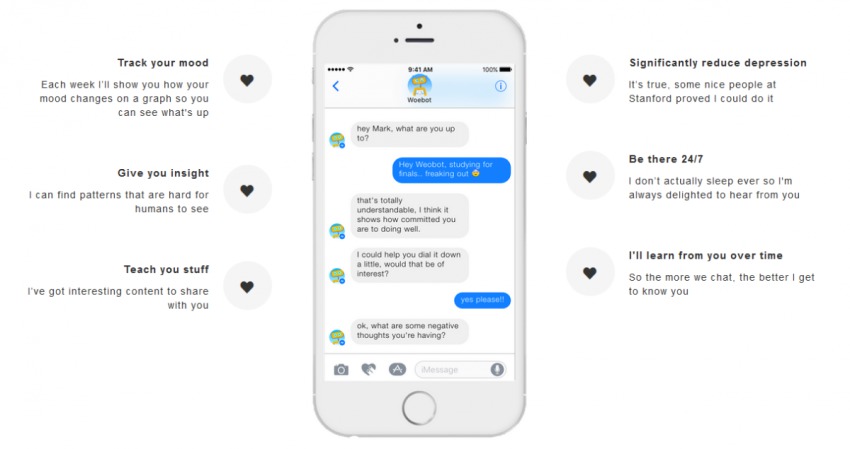 Thus, Woebot has proved that it can work no worse than a qualified specialist.

Currently, the chatbot is available exclusively on the Facebook Messenger platform. The first two weeks, the service is available for free, then users should pay for the Woebot operation. It is yet unknown, whether the intelligent psychotherapist will appear in other messengers.